The Evolution of Breakfast

But how things change! The last 18 months have led to a new focus on diet and the role of healthy breakfasts in physical and mental health. Today the trend is for seeds, nuts, fruit and yogurt – and this is why we launched our new Breakfast Boosters range. They give you more variety and a mix of seeds in your diet – at any time of the day – but still a healthy mix of nutrition and indulgence.

But, we do salute Mr SM’s belief and whether it’s a full English or a more modern twist with our seeds, the history of this great tradition is very interesting.

Here’s a brief timeline to enjoy:-

Most people nowadays enjoy either a savoury toast or cereal and fruit start to the day. There are a whole host of breakfast dishes such as toast & marmalade, porridge, overnight oats, granola and other cereals, plus a delicious range of brunch favourites such as avocado and poached egg on sourdough toast, scrambled egg or omelettes galore. Perfect for our seed mixes of course!

We’re so lucky, as the trend for breakfast at any time of the day is growing and it has become many people’s favourite meal of the day. It’s now one of those meal occasions that combines goodness with great taste and gives a moment’s pause for meditative thought about the day ahead. The inspiration for breakfast ideas has grown and grown, and now our new Breakfast Booster range makes for an easy win with all types of cereals, yogurt and porridge. You can even use our JUST ADD… Savoury Sprinkles to really tasty effect on your eggs or avocadoes – even on your full English if that’s what takes your fancy. 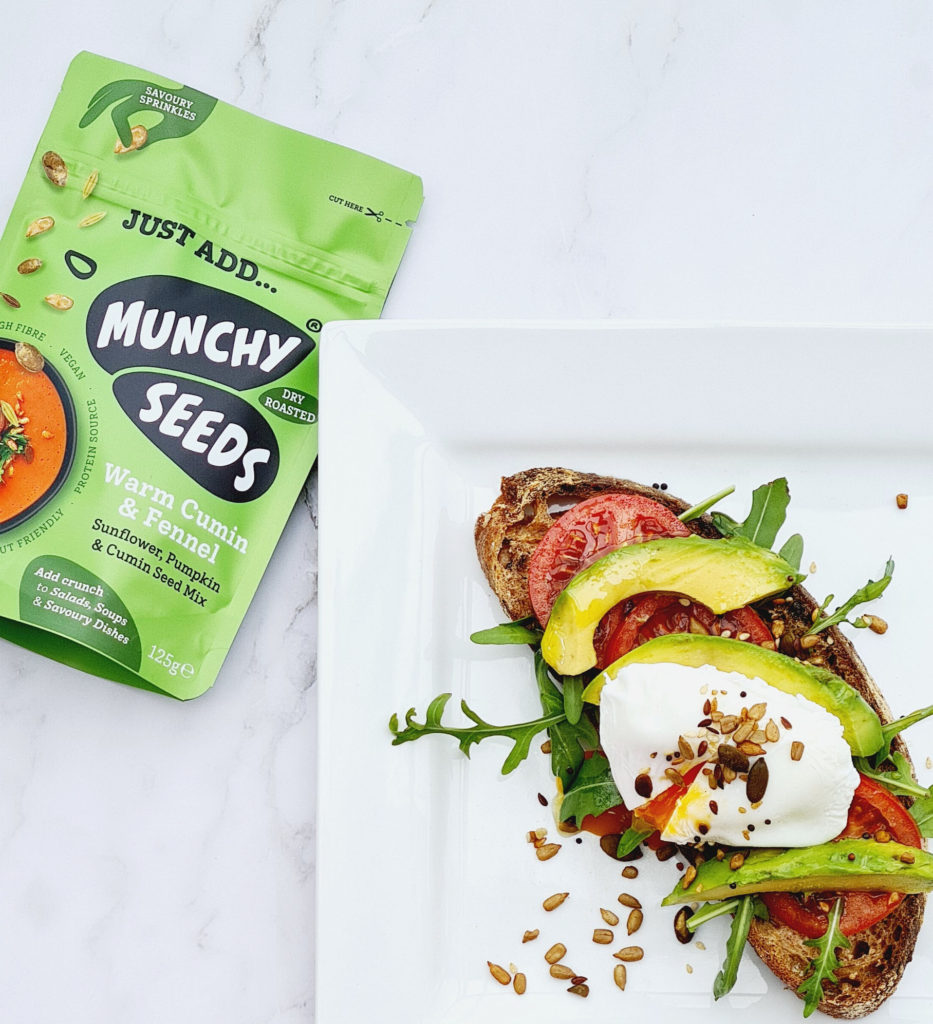 Whatever the case, it’s exciting that breakfast can be a simple snack or a grand feast and we’ve got some delicious breakfast recipe ideas for you to enjoy here.

Whether it’s full English, chocolate porridge, a healthy smoothie or a brunchy avo on toast, we’ve got bags of inspiration in the form of healthy, tasty seeds which you can sprinkle atop your brilliant breakfast to add crunch, flavour and lots of healthy goodness.

In conclusion, we believe you can enjoy breakfast three times a day, but we believe that it’s the variety of options which makes this supremely possible!